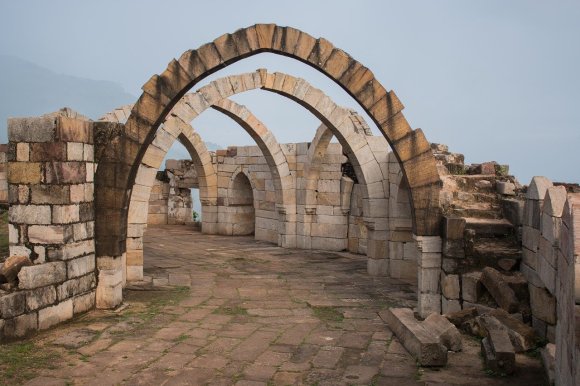 Intuitions are the common solutions or theorems of our everyday life. Going with a “gut feeling” is, however, very likely unrelated to the complex of neurons that actually exist in your gut. It is perhaps more of an insight into the patterns and symmetries of information and energy within (and as) which we exist. An intuition, an insight or other such semi-spontaneous cathartic moment is evidence enough that while we would perhaps rather choose to be in control as the helmsman of this ship of self and sentience, we are really only catching a ride on a deeper tide of information and energy-processing or computation.

The discovery and explanatory articulation of unconscious activity in human psychology was always going to be problematic for any logically consistent or self-enclosed ego or unique and isolated, individuated and self-determined sentient personality. At the surface layer of awareness, mediated as it is by language and a recursive embedding of conceptual artefacts acquired through an experience of cultural entrainment, there is no real need to consider or investigate the deeper patterns and self-propagating energetic structures of our minds – what consciousness is is precisely (at this level) what it does. The majority of the lower-level and substrata foundations of psychological activity or information processing quite happily chug along and provide biological and cognitive continuity in the background without our knowledge, control or direct participation.

Although I am uncertain as to the final or authoritative definition provided by mathematical analysis or physical theory in regards to asserting causality or meaning to these things, it would still be interesting to discover what degree of computational information and energy-processing is not used for the strictly individual purposes and ends of biological self-regulation. This is to say – if a certain (and statistically definable) proportion of those scintillating and effervescing patterns of information and energy within your brain could be proven as excess to the requirements of (at base) keeping you alive and facilitating organic self-propagation, it would become an interesting question as to what, exactly, this prospective other computational mechanism and processing power was actually doing. The suggestion is for the existence of inexplicable or excess mental processing or inexplicable entropy and turbulence in some ways similar to that of so-called “junk dna” (i.e. non-coding dna) which doesn’t serve any overt organisational or protein-encoding purpose but plays other regulatory and functional roles.

At a superficial layer of direct awareness and conscious experence, it is an often unacknowledged fact that the majority of what is going on in (and as) your mind is merely the shuffling and recombination of symbols, grammars, behavioural patterns and the predominant conceptual vocabularies of the (human) time and place within which you happen to find yourself. In this sense, and regardless that there is most certainly a deep visceral response and relationship to an emotional or deeply-felt and “lived” experience of culture and social systems, that individuated and subjevtive agency of “you” is very much an instance or node in a distributed network of symbols and systems. The psychological surface of your “self” is an inversion and particulate inflection of the cultural, social and technologically hyper-extended cognition of a logical space that you do not own, but of which you and all of your cognitive and behavioural activities are an instance.

The surface layer of psychological ego self is primarily an internalisation of external concepts. The primary (if unacknowledged) purpose of all of this psychological symbol-shuffling is the self-propagation of both the cultural (or cognitively-extended technological) system and the plausible organic continuity of individuals or groups that compose and energise that system. It is possible that there are statistically-observable threads of activity (i.e. of information and energy-processing) which are not accounted for, and as a consequence of the mischievously recursive nature of self-inflected, emergently complex and indefinitely-extensible logical systems, are providing computation towards ends and effects other than those of singular self- or in-group preservation.

This is all a grand intuition about the way the world works and the ways that information and energy-processing systems function. It is possible that there are more things being computed than those which we are aware of; in fact – it is probably a matter of inevitability that all of the possible configurations and threads of autonomously self-propagating logical abstractions that are being comouted and solved-for actually far outnumber those of which we are directly aware. In regards to this concept of the existence of many layers of complex information and energy-processing beyond those few with which our limited intellects and culturally-entrained or normative expectations allow us to permit into consideration, it is quite probable that those few directed or putatively meaningful narratives and threads of computational (cognitive and cultural) activity of which we are aware are themselves the results, emergent artefacts or functional outputs of all this other processing that is occurring.

If civilisation (or even the bigger-picture manifestation of life in which civilisation is really just a functional sub-set), when considered as a whole, might be considered as a fundamentally computational or algorithmic process of information and energy-processing – this introduces some very special considerations regarding computation and logic or mathematical necessity. The algorithm may just as likely be an immaterial abstraction, a principle of emergent complexity and a recursive logical process autonomously seeking the optimal method and material implementation of maximally efficient and concise processes of self-replication and self-propagation. As instantiated in what we more intimately recognise as organic, biological, cognitive, social and (the cognitive hyper-extension of) technological evolution, we can expect this algorithm to encounter the very same logical constraints, incompleteness and indefinite systemic extensibility that computation, mathematics and (quite plausibly) physics are heir to. Where these optimally concise algorithmic procedures encounter themselves as objects of their own introspection, things really begin to get interesting.

The Halting Problem defines the inevitability of problematic continuity; the Incompleteness Theorems prove that (recursive) systemic extensibility is irreducible; Holographic Theory indicates how pattern or information encoding can be distributed to provide contextual redundancy. The questions of plausible continuity of civilisation lie somewhere at the intersection of these (and other) concepts.

Intuition is also itself a form of revelatory functional output from unseen or unguided computational and algorithmic processes. Some intuitions may be more consequential than others. A sudden stroke of insight into where you left your keys before is hardly on par with an insight into the most useful forms of psychological and social organisation most likely to provide plausible continuity for human civilisation into the indefinite future; These are two diverse forms of self-inflected intuition or insight which are related by more than just narrative proximity here as being differences not of kind but of degree.